The Nebula series of prints is homage to the historical times when the only available method to capture scientific observations of Nebulae was hand drawing from life. In these Nebulae series Miroko Maroko painstakingly constructed each image from thousands of fine pencil dots on tracing paper. This sheet was then used to produce contact copies on silver gelatine print. Key astronomers recording their observations of nebulae by hand were William Parsons, 3rd Earl of Rosse and John Herschel. What I find so endearing about these early images of nebulae is the visible clash between the desire for scientific accuracy with limitations of human eye and hand. It’s obvious these drawings aren’t immune from application of ones personal aesthetics and interpretations.

A nebula Latin for 'cloud' or ‘fog’ is an interstellar cloud of dust, hydrogen, helium and other ionised gases. Nebulae are often star-forming regions such as in the "Pillars of Creation" in the Eagle Nebula. In these regions, the formations of gas, dust, and other materials "clump" together to form denser regions, which attract further matter, and eventually will become dense enough to form stars. The remaining material is then believed to form planets and other planetary system objects. 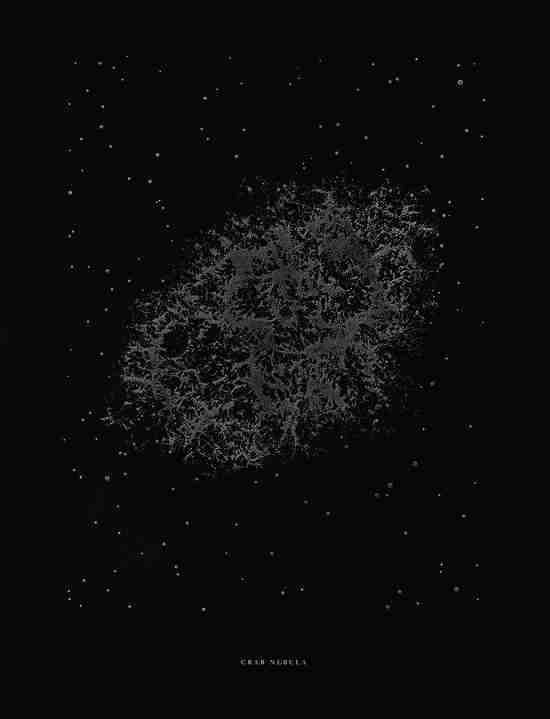 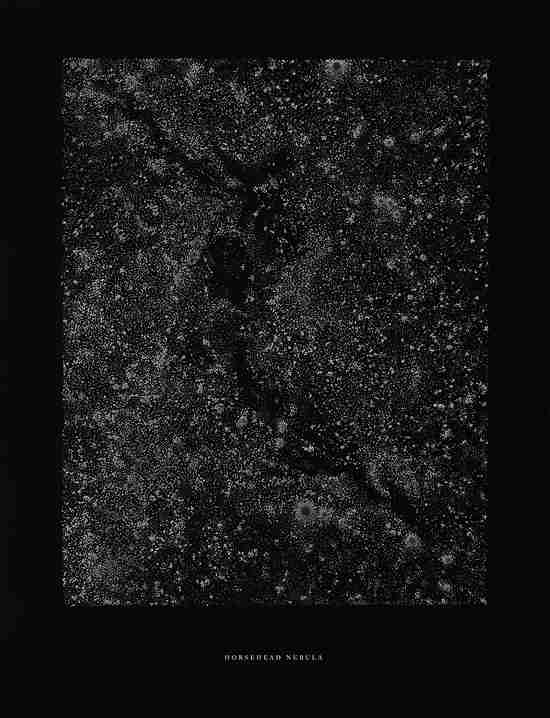 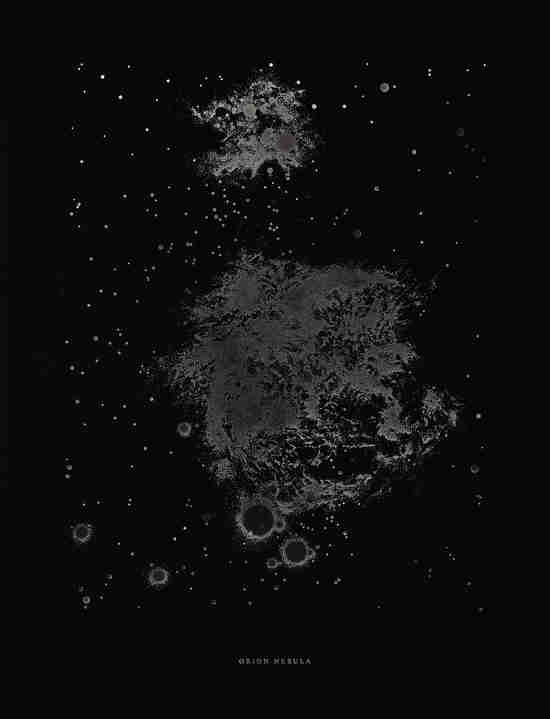